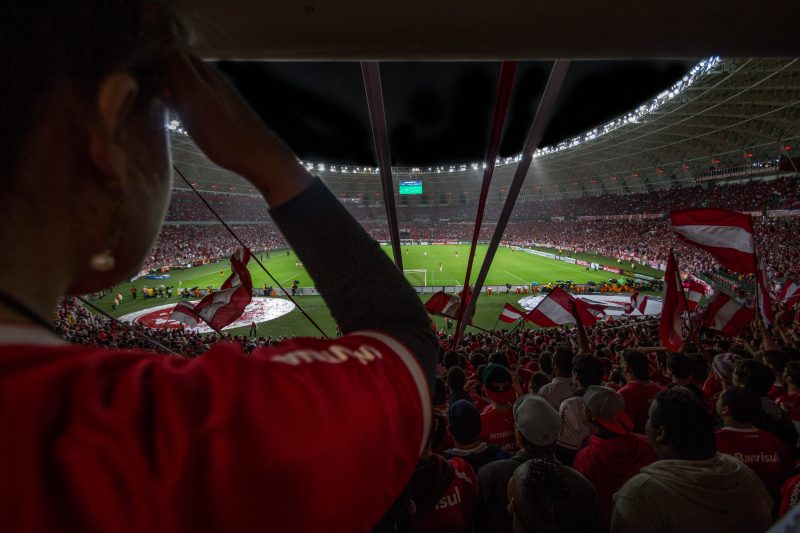 Valuing the Impact of Sport

I really don’t like VAR which, to the uninitiated, is football’s Video Assistant Referee, the off-field arbiter of the legitimacy or otherwise of goals, penalty decisions, red cards and mistaken identities! Some might say that’s because my team Crystal Palace never get near enough to the opposition goal for it to be relevant. The truth though is because I love football with a passion and probably the biggest reason I and billions of others like me love the game is for those moments when their team scores a crucial goal. Before VAR, as the net rippled, with no more than a cursory glance at the linesman’s flag and referee’s arm pointing to the centre circle, the release of emotion on the field and in the stands was unbounded as players and fans embraced and fell over one another in pure ecstatic joy. Now, in those same moments, fans increasingly experience a kind of contingent emotional paralysis, laced with apprehension at the prospect of Orwellian intervention. VARs Big Brother eye summonsing the referee’s attention to the potential for dispensing party poopery and disallowing the goal. Those fans who jump the gun and indulge in pre-emptive celebration are subjected to the mockery of opposition fans whose only achievement was to survive a close shave. In reality, there are no winners with this threat to the high emotional stakes game that constitutes football’s key value proposition.

Others might counter that it is precisely because the stakes are so high that previously unchallenged refereeing errors cannot be allowed to decide matches. With football emerging as the world’s richest sport, subject to the gaze of an industry of professional observers, analysts, statisticians and media pundits and other sports embracing review technology, the shadow of financially motivated legal intervention has created overwhelming pressure for greater certainty. For the owners and governors of the sport the prospect of unjust decisions allied to their financial consequences was too much to bear. But of course, it is precisely sport’s precariousness that makes it so compelling and for football, where a single goal often determines the outcome, there is no comparison with challenges to a line call buried in a tennis set or even a couple of LBW decisions in a cricket innings. In football the old adage that ‘goals change games’ is the reason we have the explosions of collective, visceral euphoria that draw people to the game. They rarely accompany the sound of the final whistle with quite the same intensity. Football’s value is intimately tied to the very moment that footballs cross goal lines! To mess with that is to threaten the very basis on which its popularity and associated wealth has been built.

The reason I think this is important for the wider world of sport, and particularly those concerned with using sport to drive social improvements, is that in the midst of keeping the show on the road it is easy to lose track of where the real value in our work lies. The traditional measures of institutional success typically relate to financial and organisational growth and, in the context of sport, growth in participation and improved performances. But what underpins those growth metrics? What is it that attracts new participants and new groups, what keeps them engaged, makes them strive for success and get involved in developing sports opportunities for others?

At the Why Sports Conference 2019 in London this month I will be shining a light on the ways in which we might better understand and measure the value of different types of participation that look beyond the usual performance metrics. There has recently been a resurgent recognition of sport’s capacity for generating wider social value that extends beyond the bland and sometimes dubious economic impact assessments of major events. The social value of sport is varied and often hidden from public view being tied up in:

The potential to celebrate and capitalise on this impact and value was enhanced by the 2012 Social Value Act which requires the commissioning of public services to consider the potential for wider economic, social and environmental benefits. This development is important for sport both because it is itself often reliant upon public service commissioning arrangements but also because sport can provide a route to social value creation for other initiatives seeking to navigate statutory regulations such as property and transport developments.

Working with Brentford FC and their Community Sports Trust to help the club secure planning permission for their new community stadium Substance was able to demonstrate the economic (public sector cost savings), social (turning troubled lives around) and environmental (reduced noise and nuisance) value of the club’s work and the potential uplift associated with the ground move.

These developments are not lost on the more forward-thinking sports governing bodies and even international confederations. Over the past couple of years Substance has been working with UEFA’s GROW team to build a business case for Government investment to help increase levels of grassroots participation on the basis of the savings to the public purse associated with health and social benefits as well as the economic significance of sport at neighbourhood levels.

In an age where we are increasingly data rich and time poor Substance specialises in helping organisations to focus on the difference they make, how their work contributes to the change and how it matches up against the best in class. Sometimes it is not about financial savings. It might just as easily be about changes in mindset, ways of working and, as in the case of our work with GM Moving, the development of a social movement linked to physical activity advocacy. The key is to try and understand the true purpose of our work and the golden threads of value within it rather than the everyday operational ‘noise’.

Inevitably this means there is no one size fits all, off the shelf measure of value – even in our work with UEFA to develop a pan European social valuing model there is a need for variation of approach at different national, regional and club levels – but that doesn’t mean it can’t be done. As more and more organisations become aware of the benefits of measuring the impact and value of their work, the knowledge base grows, methods and measures improve and understanding of the message starts to cut through.

At the Why Sports Conference I will share what I hope are inspiring examples of sporting value and its assessment, based not on the standard conventions of organisational success, obscure econometric equations or VAR decisions but on the drivers of value. What pulls people in, keeps them engaged, moves them on and allows them to celebrate!